Podcasting has become a national phenomenon over the past few years with the innovation of reliable audio streaming services such as Stitcher and Podbean. The Infinite Dial study, done by Edison Research and Triton Digital, has revealed continued growth in the popularity of podcasts. Last year, it was discovered that 24% of Americans had listened to a podcast within the past month. According to the most recent study, the number of Americans 12+ years-old who have ever listened to a podcast has increased by 4% since the record last year at 40%. Whether you want news, comedy, or just a voice in your ear, the great wide world of podcasts probably has an option for you. Join me over the next few weeks as I explore some of the most important podcast feeds to date by genre. Today’s political atmosphere assures that any responsible American citizen requires a reliable source of national and world news. Tonight at 6: the best news in the podiverse!

Earthquakes mount, wars rage, and indictments are issued; everyday there’s something new going on in the world that needs to be documented and communicated. Complicated, often secret, matters of state need to be revealed or illuminated for the betterment of humankind. All the while, mass shootings and presidential decrees are displayed across social media, requiring thoughtful, expert clarification. These next two podcasts are there for you when you want to get all the news that’s fit to hear.

The BBC has long been a source of objective coverage for American’s seeking an alternative to their own partisan news media. The British Broadcasting Channel has a reputation for upholding high journalistic ethical standards across the world with some 50 foreign news bureaus, and more than 250 correspondents worldwide. The Global News Podcast, produced by the BBC world service, maintains these standards with two 30-minute episodes a day (once on weekends) about the most pressing world news of the day. One of the most famous news podcasts in the world, the Global News Podcast was downloaded over 300 million times between 2007 and 2015. Stories range from “interviews and on-the-spot reporting” to entertainment and culture news. Find the podcast anywhere you subscribe, or get the BBC News app in the app store or google play store for more international news and analysis. 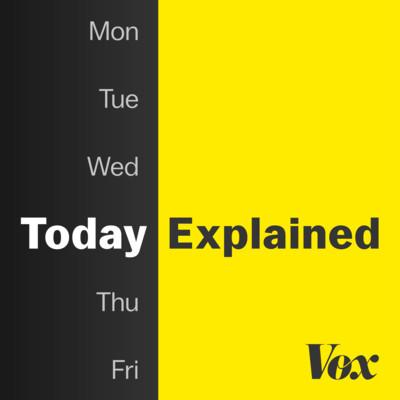 Vox is described as “a technology company that produces media” by the New York Times, being the parent company of SB Nation, The Verge, and Polygon. Headed by former Washington Post columnist, Ezra Klein, Vox is largely a left-leaning news website devoted to explanatory journalism. Following this method, Today, Explained is a daily “explainer” podcast hosted by Sean Rameswaram. In the current American political climate, where intelligence dossiers and court documents are an important part of everyday news, Today, Explained makes use of expert opinion and detailed research to convey important articles of the day. Ultimately a partisan show, T.E offers valuable analysis in a world speeding headlines and malleable truth. “All killer, no filler”, it only takes 20-minutes of your time to have your day explained. Find it on itunes, Stitcher, Art19, or vox.com.

Gil is a writer, gamer, and student. When he isn't thinking about D&D, preparing for it, or playing it, he likes to watch movies and spend time with his cat, Mala. He'll seek his Master's in English at Fordham University in the Fall.

Previous Article
2020: Who Will Run?
Next Article
Celebrity ASMRtists